Penn reels are a beginner perfect match for their fishing escapades. They are easy to handle and offer enough power to deal with different types of fish. Penn clash and spin fisher reels are amazing, especially in saltwater applications. Choosing which is better between the two can be very challenging. You need to understand their gear ratios, bearing systems and the specs that stand out in each reel. However, the decision of how well the reel performs lies with the angler. People have different tastes and preferences; therefore, you should go with what works best for you.

Here is the side by side comparison between clash and spinfisher : 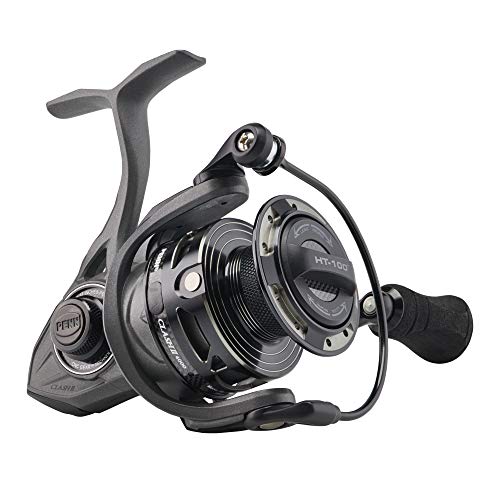 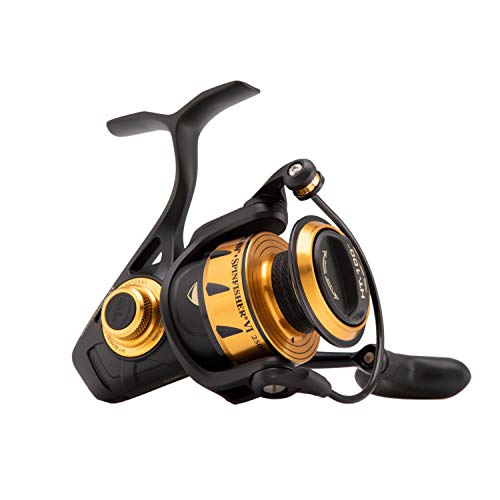 Penn clash reels are exceptionally made with the angler in mind. They are best suited for saltwater fishing, and they are backed up with enough strength to fight heavy fish species.

These reels come in different models, with their sizes varying from 2000 to 8000. Penn clash features a full metal body and side plates in all of their models.

This Penn series uses CNC machine cut gears, aluminum main gear, and precision brass gears for the 2000 to 5000 sizes. The 6000 and 8000 use brass for pinion and drive gears.

These reels are also powered with eight stainless steel ball bearings and an anti-reverse ball bearing that ensure smooth retrieves and gets rid of backlash and pull back. The durability of these reels is also maintained by the heavy-duty aluminum wire that does not bend easily.

The HT-100 drag system uses carbon fiber washers that maintain a powerful drag while increasing the drag by a factor of about 20%. There is also a large seal under the cap that prevents saltwater intrusion keeping the reel from corrosion.

The level line oscillation system technology is also incorporated that provides an even lay of the line on the spool. So, the line moves much slower up and down so you can maintain long casting distances without experiencing wind knots. The spool is made of aluminum and is designed as braid-ready, so you do not need to back it up with a monofilament. The Penn clash reels are backed with three line capacity rings that let you know how much line is left on the spool.

The Pros : The Benefits

These reels’ bodies and side plates are made of metal, making them high quality and sturdy enough to fight large fish. They also feature CNC gear technology that enhances precision and durability. The gear ratio is 6.2:1 for the smaller reels and 5.6:1 and 4.7:1 for the large reels equipped for large and fighting species.

Spinfisher maintains a powerful drag due to the HT-100 drag washers housed in a fully sealed spool that gives the necessary stop power for big saltwater fish. It also contains a heavy-duty aluminum bail wire that does not bend even under pressure. Its superline spool is braid-ready and requires no backing. You can also easily tell how much line remains due to the line capacity rings marked at 1/3, 2/3 and full capacity.

The Penn clash reels come with eight stainless steel ball bearings plus an anti-reverse ball bearing. The Spinfisher, on the other hand, has  5+1 ball bearings that ensure smooth retrieves and eliminates backlash.

The gear ratio of Penn clash reels range from 6.2:1 to 5.3:1 so, they have enough strength to fight large fish and work in saltwater applications. On the other hand, the gear ratios of spin fishers are 6.2:1 for the smaller reels and  4.7:1 for the larger reels.

The Penn class reel is backed by the level line oscillation system technology that provides an even lay of line on the spool. The Spinfisher does not contain this technology.

Most people are torn in between the spin fisher and the Penn clash reels. Despite being from the same brand, the two reels differ in size, strength, and performance. If you are going for heavy and fighting species, I would recommend the spinfisher reel. Spinfisher is more powerful and robust. However, this does not mean that the Penn clash reel is any less. It is perfect for moderate and large fish; however, it has an improved oscillation technology that keeps the line intact on the spool.

Pflueger President vs President XT : Which One is Better