When you talk about the budget fishing reel, what rings in your mind is Kasting fishing reels.

Within a few years of business, KastKing fishing reels take the market by storm. If you are an angler, probably many times you have heard about these reels, or perhaps you own one.

KastKing achieves market penetration due to its high-quality reels brands at an affordable price compared to known reels like the Daiwa or the Shimano.

Two college fishing buddies, Tom Gahan and Tate Cui, students at the University of Syracuse, came up with an idea for KastKing.

Their main aim was to make fishing gears to match students’ budgets. They decided to start KastKing, which manufactures and sells high-quality fishing reels at an affordable price.

However, after a few years in business, Kastking is a big name in the fishing industry, designing and manufacturing quality reels, fishing rods, and their line brand.

When was the KastKing reel company founded?

They wanted to make fishing fun and affordable to every angler or beginner by providing low-cost fishing reels.

Where are Kastking reels made?

Most people are curious and ask many questions about where Kastking reels are made. This happens in many scenarios because they wouldn’t want to commit to a purchase before knowing the detailed background of these reels.

KastKing started its operation and production in the U.S., but it shifted to China due to high economic sanctions to maintain low production costs.

Today, KastKing reels are made in China by the same facilities that manufacture other reel brands.

Many people believe that reels from China are low quality or not durable. However, that is not the case; KastKing uses durable materials like other reels.

KastKing purchases its production materials at low costs and tries to pass that savings to its customers. For this, you get a high-quality reel at a reasonable price that matches your money.

Are KastKing reels made in China?

China is known for relatively low production costs. Many fishing reels shifted their production activities to China to lower the cost of production.

KastKing is today made in China. The production operations in China are cheap, making them reach a target agreement of manufacturing high-quality reels at lower costs.

What KastKing reels are made in the U.S?

KastKing all started in the USA by the two college university friends who had a passion for fishing.

The first KastKing reels were made in the U.S before shifting production activities to China to cut costs and supply the anglers with more affordable reels.

Surprisingly, most people still think that some KastKing reels are being made in the U.S.

Well, as it stands, all KastKing reels are made in China.

What are The top Models for KastKing reels?

KastKing produces top-notch products with premium features that every angler is looking for.

These reels are excellently perfect, and that is why they have gained popularity within a short time of existence.

Here are the top models of KastKing reels :

One of the Most Popular Baitcasting Reels : KastKing Crixus

KastKing Baitcasting reels feature a lightweight aluminum frame and spool, making it comfortable and allowing you to cast all day long. KastKing reels are for power and speed with a strong gearing ratio to enhance their smoothness and increase the casting ability with less effort. 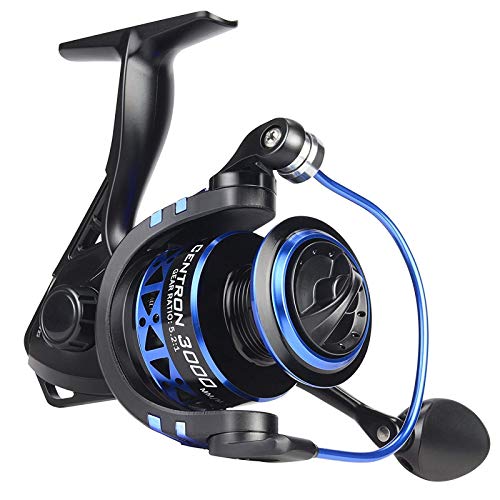 One of the Most Popular Spinning Reels : KastKing Summer and Centron

KastKing Spinning reels have wider options from novice anglers to beginners with a low price range. KastKing’s goal was fishing to be fun. Therefore, they make reels that will not blow your pocket dry. The spinning reels are designed for freshwater or saltwater trolling.

One of the Most Popular Spincast Reel : Kastking Brutus Spincast

Also, spincast reels are corrosion-resistant, lightweight, and have a graphite frame topped with an aluminum honeycomb. The most popular KastKing Spincast reel is KastKing Brutus Spincast Fishing Reel.

One of the Most Popular Conventional Reels : KastKing Rover Round

Apart from being sleek and stylish, KastKing conventional reels are easy to use by any angler.

It performs amazingly because it has been reinforced with thicker hard anodized aluminum side plates to enhance its durability.

KastKing reels are manufactured with cost savings in mind. The company used solid components to produce high-quality reels at an affordable price that matches every angler’s pocket.

KastKing has gained its popularity and is slowly taking the market because of its price range compared to well-known brands with the design of the same reel but charges extremely high.

The good thing about KastKing is that they understand the customers’ needs and try to satisfy every potential customer. These reels perform well in freshwater, trolling a river, or bottom fishing.