With cost-effective in mind, Piscifun produces high-quality reels similar to those reel brands pieced ten times much higher. Today, every other high-end reel model is manufactured in Asia or imports most of its parts from these countries.

So, where are Piscifun reels made? Well, Piscifun reels are made in China. Piscifun is made in the same company that produces Abu Garcia Daiwa fishing accessories. The Piscifun Carbon X and Viper X are manufactured with a similar frame as the Daiwa Tatuala and Fuego LT.

The Piscifun reels are made in China to keep the production cost low but compete with other high-priced brands.

They were founded in 2013 by two close friends, Ben and Peter, who had a common vision for fishing and family.

On the other hand, Peter is a novice angler who has traveled and fished many fishing areas such as Malaysia, New Zeeland, Florida, and many more. The two of them being driven by the same passion brings you high-quality reels Piscifun.

Are Piscifun Reels made in China?

Are Piscifun Reels made in the U.S too?

The U.S is known for high-quality reels that are expensive and for Fly fishing and saltwater. All Piscifun reels are made in China to cut production costs and supply the low-end market with high-quality but affordable products for both experience novices and beginners.

Most popular models of Piscifun reels

Piscifun believes in quick response to customers’ needs as the main key to their major success.

They try to make fishing fun by providing affordable fishing reels that every angler can afford.

Piscifun uses the same quality products as other popular and high-end brands like the Carbon X, creating smooth and reliable retrieve. Their Piscifun Torrent is overcoming the market as the best baitcaster.

The Piscifun spinning reels and the baitcaster series are popular and reliable, and writing about the best one can be challenging.

Where are Piscifun Baitcast reels Made?

Most fishing reel brands are produced by China, Japan, and other Asian countries. Piscifun Baitcasters are today the most popular baitcasting reels in the market because they are smooth and reliable. These baitcasters have the same proponents as other well-known brands like the Daiwa. Piscifun baitcaster is manufactured in the same company as Daiwa reels. Thus they are made in China.

The most popular Piscifunbaitcasting models include PiscifunAlijoz, Piscifun Torrent, and the Piscifun Chaos XS round reel.

PiscifunAlijoz was designed with a premium aluminum frame and side plate gears to provide durability power when handling bass freshwater tackles.

The Torrent features a unique side plate with a drilled oil hole that enhances quick lubrication to enhance performance and improve the lifespan of the reel. Also, Piscifun Torrent can adjust on the water, making it a great deal for novice anglers.

Where are Piscifun Spinning reels Made?

All the Picsifun reels are produced in China. Though they are made in china, they are really worth the money. These reels are smoother, faster, and lighter. At Piscifun, every angler is a priority. Every reel is designed based on each angler’s preference. Therefore, Piscifun gives you a wide range of spinning reels at an affordable price.

Some of the most popular spinning reels include Piscifun Carbon X Spinning reel,Piscifun Viper X, Piscifun Honor XT, and the Piscifun Flame Spinning reel Light Weight. Carbon X is lightweight and very smooth retrieving without noise during the cast. 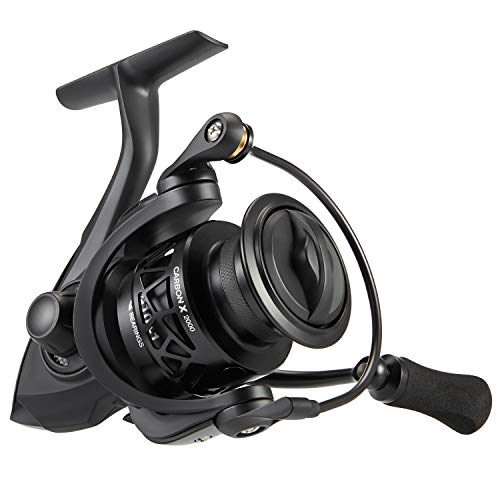 Piscifun Carbon X reels give you the best experience in sport fishing because you can angle all day long without fatigue. Piscifun Viper X features durability, lightweight, and smooth reels that are excellent for bass fishing. Piscifun reels are reasonably priced despite the fact they are high-quality and well-built.

Where are Piscifun Fly Reels made?

PiscifunAoka Fly is a great reel for the price. It features a smooth drag light enough to make your fishing activity convenient all day long without getting bored.

Piscifun Sword Fly reel is a very well machine considering the cost. The drag adjustment knobs are smooth to enable it to spin easily.

Are Piscifun reels the same as Daiwa?

Are Piscifun and KastKing the same?

Most anglers have heard of Piscifun and Kastking. Not all anglers can afford high-end expensive reels. Piscifun and Kastking are newbies in the market, yet they are both high-quality but affordable reels. On both, the founding mission was the same, to make fishing fun.

When was Piscifun Reel Founded?

Piscifun was established in 2013 by two close friends who were driven by a common goal of transforming the industry by making high-quality but more affordable reels that will not break your bank.

It’s no doubt that Piscfun strives for high-quality products at a very affordable price. However, their reels are smooth, faster, and durable, just like any other well-known reels in the market.

Piscifun reels are reliable, just like other reels, because they use the same carbon frame and braking system; the only major difference is the price. Piscifun is dedicated to producing cost-effective reels that benefit every angler. Their main aim is to fish with their family. Slowly they are achieving it.

Can You Use Baitcasting Reel for Pike? (Here is the Answer)

Can you Use a Baitcaster for Carp Fishing ? ( Here is the Answer)