Most people still think that Abu Garcia reels are made in Sweden. However, the truth is most of the Abu Garcia are manufactured in Asia. A few models of their classic round baitcasters, the Ambassadeur, are still manufactured in Sweden. Unfortunately, Abu Garcia has no factories in Western countries except for Sweden.

In 1921, Abu Garcia started its journey in Sweden. Despite being known for their quality fishing reels, their journey started differently.

What are Abu Garcia reels made of?

Abu Garcia reels are made from high-quality steel in Sweden. This company achieved its market value due to the quality of its reels.

In 1952, they debuted the Ambassadeur model 5000 in Sweden. Two years after the launch, Abu Garcia started exporting their fishing reels to the U.S.

Where are Abu Garcia Spinning reels made?

Abu Garcia shifted their production to China to provide less costly reels available to the general consumer. Due to this, Abu Garcia spinning reels are very affordable.

Are Abu Garcia reels made in the USA?

The confusion comes in because an American company owns Abu Garcia. Also, because of the popularity of Abu Garcia in the U.S., most people may think these reels are made there.

Unfortunately, this is not the case. Abu Garcia reels are mostly made in Asia, and they transferred their part of the production to cheaper locations.

Which Abu Garcia reels are made in Sweden?

One of the most popular models, the Ambassadeur, models C3 and C4, 4000-7000 series are still made in Sweden, which has been operational since 1921. Are any Abu Garcia Reels made in Korea?

Lest these models of the Ambassadeur, there are no other Abu Garcia reels made in Sweden. Their reels are quite remarkable, and they are amongst the top reels in the world. Sweden is very expensive, and keeping the production cost low enough and selling a final product at a reasonable price is very difficult.

Are any Garcia Reels made in Korea?

Korea is known to have some of the best low-profile baitcasting technology, and most manufacturing processes happen here.

Today, all Abu Garcia RevoSX. models are made in Korea.

Are Abu Garcia Reels Manufactured In China Too?

Abu Garcia reels made in China have decent sustainability and are affordable. All Abu Garcia 7000s and some 7500s models are mainly China-made. They are made with cost-sufficient in mind.

Some of the parts, instead of premium built, come in plastic. The drags can come in nylon or other workable materials rather than carbon fibers.

If you are a novice angler who wants durable reels for mass tackling, you can replace them with the extra reels made in Sweden.

Abu Garcia manufactures some of the best reels globally, known for quality and precision. This reel guarantees the most reliable and durable products of their kind in the fishing tackle market.

Well, choosing the best Abu Garcia reel has been a debate for decades. But after multiple research online, I concluded on the following reels.

When targeting light tackles and working exceptionally on open and hard water, Abu Garcia spinning reels are an excellent pick.

The reels are a smooth, lightweight, and very affordable piece of gear and exist in many models. 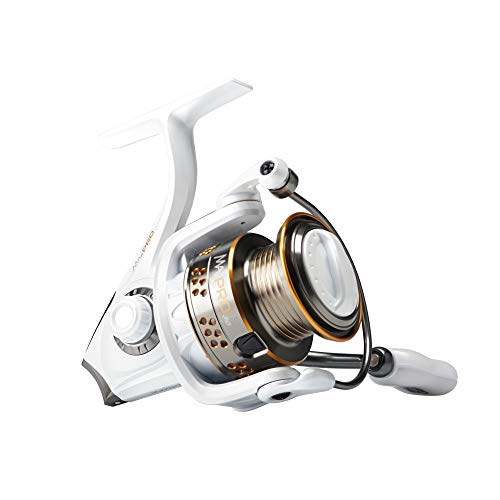 The baitcasters come in two categories: low-profile Baitcatsers and the Round baitcasters.

They are designed to handle freshwater and saltwater tackles and the perfect pike and musky.

These reels have enormous drag power, are smooth, and have an incredibly cool design. 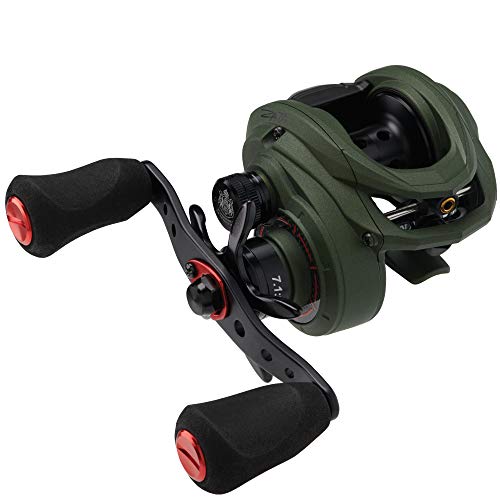 Where are Abu Garcia Revo Reels made?

Revo is one of the most common Abu Garcia Low-Profile bitcaster. Unfortunately, Revo isn’t made in Sweden. Revo S is the only model made in Korea, while all other models are made in China. However, the difference is unnoticed between Revo made in Korea and China.

Where is Abu Garcia pro-Max made?

This is one of the popular baitcaster for bass angling. This is made from stainless steel. Therefore,Abu Garcia pro-Max is made in Sweden, the primary manufactures of Abu Garcia reels.

However, the company’s origin story is rooted in Sweden; most production activities have now shifted to China. There is a big difference in the quality of Chinese and Swedish reels.

Can you Use a Baitcaster for Carp Fishing ? ( Here is the Answer)