For many anglers, the reel is one of the most important pieces of fishing gear. It takes a beating and will determine how much fun you have on your next fishing trip.

With so many reels to choose from, it can be difficult to decide which reel is best for you. In this article, we are going to compare two popular models of Shimano Baitcast Reels – Chronarch and CURADO – I am not to find out which reel comes out on top! But to give an overview of both reels to help you make a solid decision.

Comparison Table of the Shimano Chronarch and CURADO Reels 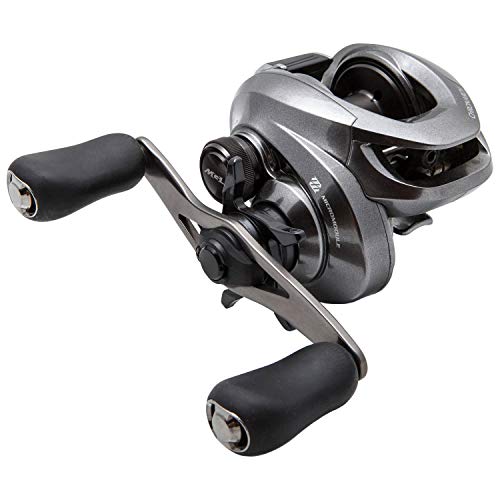 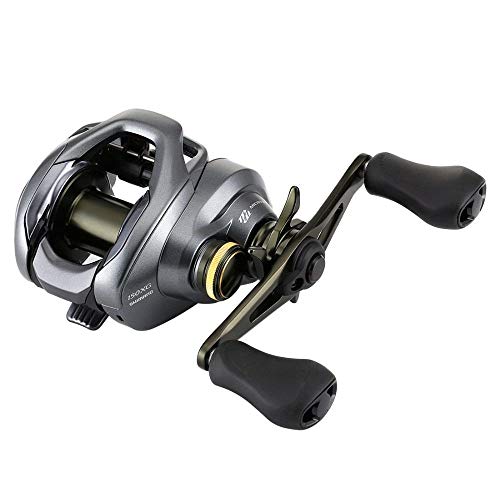 The Shimano Chronarch has a patented system that is designed to reduce overruns. This reel features the latest in drag technology and delivers an effortless cast with its high-capacity gearbox.

The Chronarch comes equipped with a strong, lightweight frame made of CI4+ for extreme durability even while fighting tough fish. There is a model for freshwater and another for saltwater fishing.

More about the Models

The Shimano Chronarch line of reels has two products-the Chronarch G and Chronarch MGL. The former is a saltwater reel with three models while the latter is a freshwater option with six models.

Key Features of the Chronarch Reels

The CI4+ frame is lightweight and strong, able to withstand any kind of fishing pressure. Count on it for durability.

The Chronarch has a carbon drag system that delivers unparalleled performance. It is smooth and offers more power over the previous generation of reels from Shimano, making it ideal for fighting fish.

The S3D spool is excellent and provides a quick and easy line release. It is considered the best spool on the market for saltwater reels because it prevents corrosion while also being lightweight.

Its micro-module gear ensures that it is easy to reel in the line and that it won’t get stuck. The Chronarch has a reinforced frame, so you know they are tough enough for anything.

These reels have S A-RB bearings that are resistant to saltwater and last longer than other bearings on the market during fishing expeditions after an excursion.

The SVS Infinity Brake System Technology is an excellent addition to the reel because it helps prevent backlash so that you can feel confident when reeling in your lines.

These reels are built with the X-Ship to improve gear durability and a whole lot. With the X-Ship, you can reel in more fish without worrying about your gear breaking down during an intense battle that went on for a long time.

NOTE: These are similar features that cut across all the types and models of the Chronarch reel. But, there are other differentiating aspects from model to model.

The Ease and Feel

First, the construction is not only lightweight but it is also durable. The reel has a more compact frame, which makes the handling and feel of the overall experience much better than other models in its class.

Pros of the Chronarch Reels

Cons of the Chronarch Reels

The CURADO reels are a series of baitcasting fishing reels produced by the Japanese company Shimano. They are among the most popular in the market today.

Specifically designed for the avid angler, CURADO reels are a perfect fit for saltwater and freshwater fishing alike. They have been manufactured with a corrosion-resistant finish on their spool which is protected by an aluminum frame to avoid any damage caused by heavy loads or contact with corrosive substances

More about its Models

Key Features of the CURADO Reels

The CURADO reels have a CI4+ technology which is an improved material and design. The CURADO K has the most basic features, while the other models in this reel family offer additional benefits such as magnesium for weight reduction or titanium to provide strength.

CURADO reels feature a Cross Carbon Drag System to provide a smooth drag. The system is composed of carbon fiber and stainless steel for durability, while the design ensures that it has an even distribution over the length of the reel which provides more consistent performance when casting.

The Hagane Body is a metal body that provides strength and durability to the reel while maintaining weight, which makes them lighter than other reels on their market.

The micro-module gear is for smoother retrieves and reduces friction so that the reel lasts longer and reduces gear feel.

With an S3D Spool, Shimano can create a reel that casts more smoothly, retrieves at greater distances, and lasts longer than conventional reels.

These reels feature the SVS Infinity which is a new technology that provides consistent casting and retrieving by reducing line tangles.

You will love the super-free spool mechanism which provides a smoother, longer cast and reduces the amount of spool memory.

The S A-RB Bearing System is a system that reduces friction for smoother and longer casts. They prevent the impacts of sand and grit on the reel’s operation.

The Ease of Use

These reels are very easy to use and will make your fishing experience a lot more enjoyable. The Shimano CURADO isn’t lighter in weight than the Chronarch, but there is not much difference in their appearance or features.

Pros of the CURADO Reels

Cons of the CURADO Reels

Both lines of reels are awesome in their ways. Each works efficiently in its field hence their popularity.

The Shimano CURADO is one of the most popular baitcasting reels on the market and for good reason. It has a smooth drag system that makes winding in your catch easy as well as reducing backlash, tangles, or wears and tear to your line. The gear ratio it offers means less effort is required when casting or reeling.

Alike, the Shimano Chronarch is a great selection for any angler. It is the lightest and has a smooth drag system that minimizes slack line while reeling in fish. This means fewer tangles or wear and tear to your line as well.